Frightened people hurry into an abandoned theatre, seeking safety ... from what? A rebellion ... a riot ... an invasion? A coup?

With the sound of gunfire, helicopters, and police sirens outside, these traumatized citizens find costumes, a piano, the detritus of theatre scattered around them in their sanctuary. And scripts. They find scripts for a play called Antigone. At the urging of a speechless dancer, they join together to perform a timeless drama about justice and the law, about love and death, about inevitability and responsibility, women and men. For the Greeks of Sophocles’s day, attending the annual festival of plays in honor of Dionysus – or Bacchus – was a way of participating in the (limited and fragile) democracy of Athens. Antigone was written for one such festival. To experience the catharsis that comes with watching a tragedy, to empathize and ‘suffer’ with the characters along the way, was to be an active member of political society. By such means was wisdom to be achieved.

The actors and theatre technicians offered this production, with its unusual context and its moments of experimentation, as a response to the challenging times we are living through. This production was undertaken in the belief that Art can heal and that the Greeks were on to something in their appreciation of why theatre matters. At sudden moments of crisis, the frightened people gathered in the abandoned theatre turn to dance, poetry, just as they have turned to the text of Antigone to get them through. 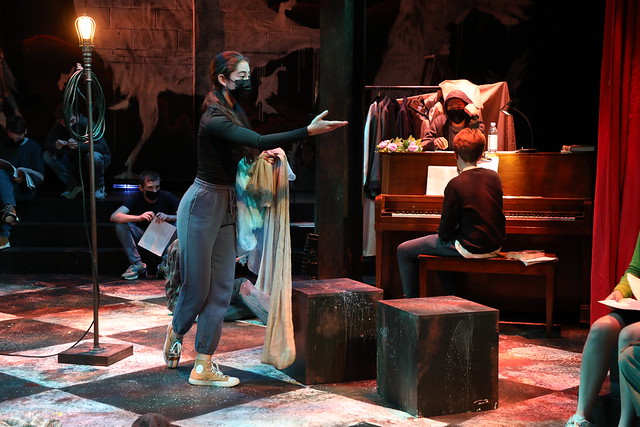