Packer's Middle School students offered a stellar performance of Beauty and the Beast Jr. this Winter.

This fairy tale has had hundreds of renditions in a variety of mediums since its inception, and initially offers the maxim ‘beauty is in the eye of the beholder.’ For my generation, we were given this very rendition, first in the form of a vibrant animated musical movie, then in 1994 it was reimagined as a theatrical production, launching Disney to Broadway. I think many young people of my generation could identify with the animated Belle, facing the wind on a hilltop, staking her claim that she wants ‘adventure in the great wide somewhere’ and ‘more than this provincial life.’ Turns out, it can be a universal adolescent feeling to look around hallways and classrooms and feel you are in ‘a little town full of little people’, and to yearn for a deeper understanding by one's peers (even in Brooklyn!).

During cast discussions, the actors connected, to a greater or lesser extent, to that feeling of isolation, and not being understood by those around them at times. They identified that so many characters begin the show making assumptions that begin with examining outward appearances. The Prince with the Enchantress, Gaston with Belle, Maurice with the Beast, etc. While the Beast is doomed to an enchanted castle due to his prior selfishness and vanity, Belle has somewhat created an isolated life by herself as well, by perceiving the townspeople as ‘provincial’, or as the kids would say nowadays, ‘basic’.

While the Villagers may be making assumptions about Belle, she in turn makes assumptions about them. Through the events of the musical, so many of the characters learn to look beneath the surface, make sacrifices and to give and accept help. They learn that by opening themselves up to really looking, and really listening to one another, and by examining the person within and not what appears on the outside, this may break a curse of isolation and provide deeper personal connections. What a wonderful message for us all as we navigate our way through our own little villages. 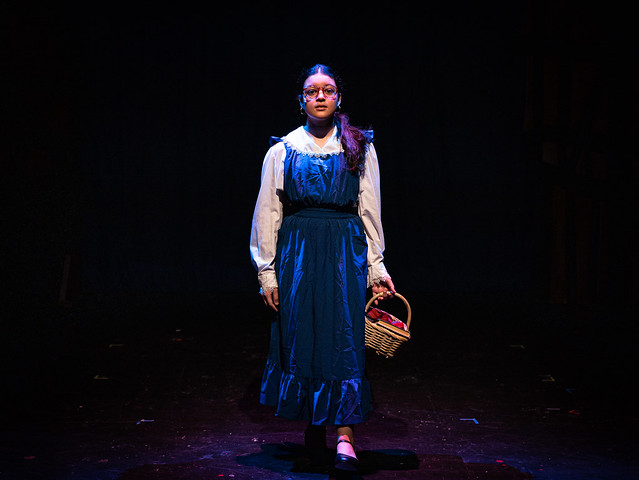