It isn’t easy being Alice. Her sister winds her up. Her mother is calling her. As Alice tries to establish some autonomy, it is no surprise that this curious (in both senses) girl follows The White Rabbit out into the snow, down the rabbit hole, toppling into Wonderland. Yet things aren’t any easier there either. Facts - and Alice likes facts - have given way to nonsense; we find that bats twinkle - not stars, ‘mock’ turtles were once ‘real’ turtles, evidence has no place in a courtroom since the verdict depends upon who shouts loudest rather than any due process. If this is starting to sound familiar, then the choice of Alice’s Adventures in Wonderland for our fall play will be no surprise.

And everyone Alice meets in Wonderland is unkind to her at some stage. She is called ‘stupid’ repeatedly, and all her attempts to impress with reasoning and logic are rebuffed. She is mis-named, mis-understood and mis-used. Yet, she persists in her curiosity. Despite the many physical and linguistic obstacles in her path, she is determined to get where she needs to be. She takes us with her as she grows - sometimes physically, always in experience - and we admire her for finding a way through, for plotting a mapless course that will get her beyond the confusion of the present.

The Company would like to thank the many people who helped bring this production to life, including The Arts Department for constant support and encouragement, Elizabeth Hastings for understanding, Maria Nunes and the Upper School Office for administrative support and care, Rob Sapienza and the whole Front Desk team for their perpetual good cheer, Maxine Colman, Jimmy Dolan, Craig Kennedy, Jorge and Santiago Montoya, Patrick Sandiford, and the Maintenance team for their very great help at all times (especially in bringing the new equipment to Packer during the busy start to the year - THANK YOU!), Raoul Brown for printing, Louis Minsky for tickets, the saints in IT for tolerating the director’s tech inanities, and the ushers for their important work. As ever, thanks too to Derek Lee Ragin for everything else. 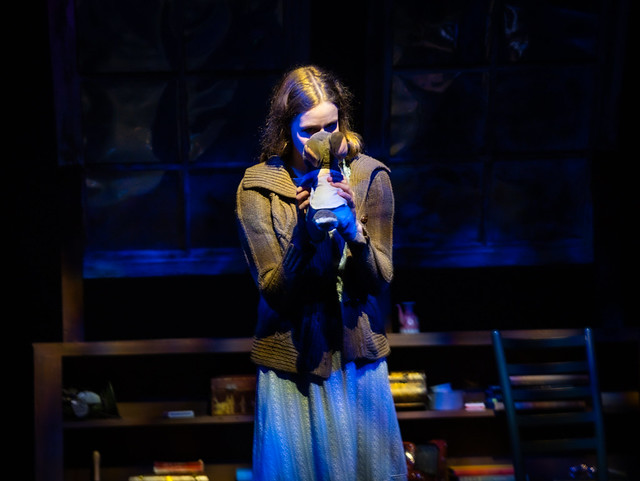